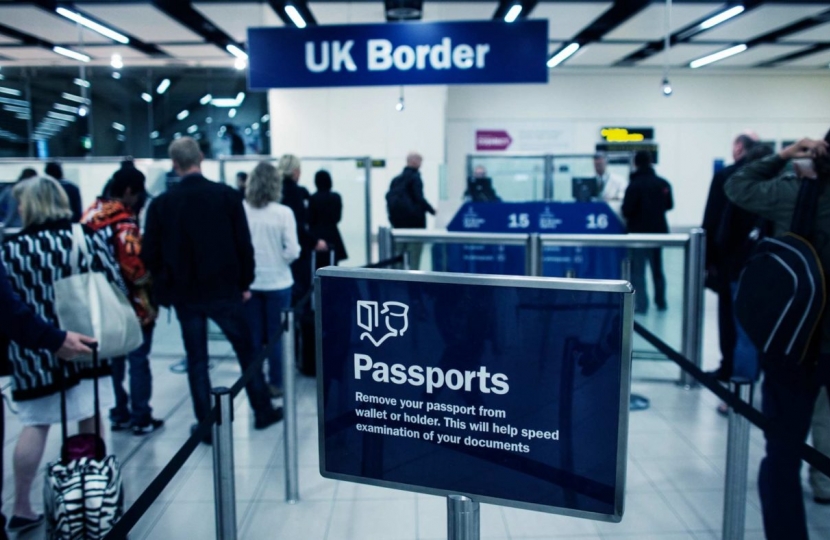 Thank you for your email in relation to ending free movement.

When people voted to leave the EU, they did so in the knowledge that the free movement system imposed by the EU would end. The Home Secretary has been clear that she has a particular responsibility to take back control and bring an end to free movement in line with the wishes of the electorate. To do this, the Government has introduced the Immigration and Social Security Coordination (EU Withdrawal) Bill in the House of Commons. This Bill will end free movement and provide the Government full control of our borders for the first time in many decades.

We have a proud history in the UK of being a welcoming nation and leaving the EU will not change this. Likewise, people earning different amounts will not be valued any less as this bill is about being able to set our own destiny in the world where we can wield the benefits of immigration when and where it is required.

We need a more comprehensive and fairer global immigration system which considers people based on their skills, rather than nationality. As such, the Government as you know is looking to introduce our own points-based immigration system to replace free movement. This new system will prioritise those with the highest skills and greatest talents, including scientists, engineers, academics and innovators, which is something I believe Warrington will benefit from greatly.

This system is about more than simply controlling immigration, it is about ensuring we have the right skills in the right places to help our local economies thrive, particularly as we look to forge our own trading arrangements. This process is also about the creation of a high wage, high skill, high productivity economy, which is something Warrington will absolutely benefit from. We need to close the productivity gap between the North and South of England if we are to level up the economy and come out of the coronavirus epidemic ready to get the country firing again on all cylinders.

I welcome this approach as the UK needs to move away from relying mainly on cheap labour from Europe and focus instead on investment in technology and automation which are key areas in my constituency in Warrington.

Thank you again for taking the time to contact me.