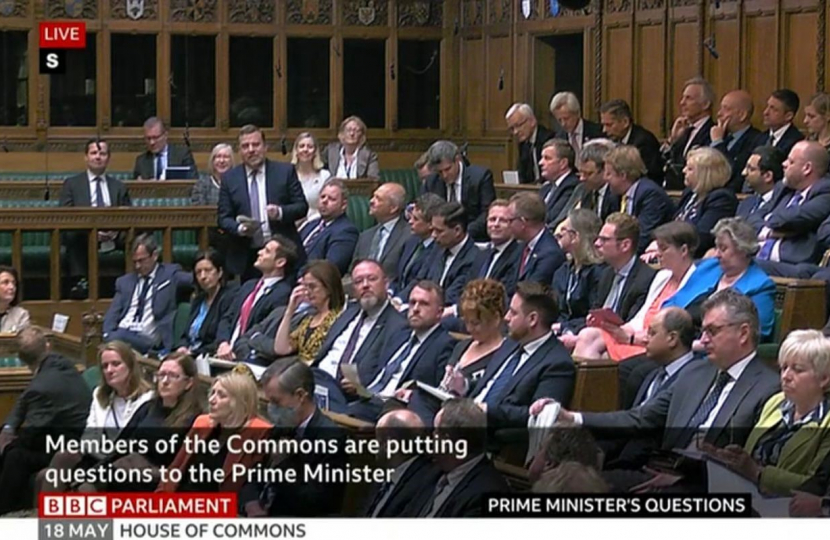 Warrington Borough Council have been instructed not to grant planning permission for the controversial Six:56 logistics hub development near Appleton Thorn.

Following the Planning Inspectorate's initial decision to permit the development, Warrington South MP Andy Carter raised the matter directly with the Prime Minister in the House of Commons and urged the Government to make sure the voices of local residents were being listened to.

In a subsequent letter to Warrington Borough Council, the Secretary of State for Levelling Up, Housing and Communities exercised his powers under Article 31 of the Town and Country Planning (Development Management Procedure) (England) Order 2015 to direct the Council not to grant permission on the planning application without specific authorisation.

This direction enables the Secretary of State to consider whether he should direct under Section 77 of the Town and Country Planning Act 1990 that the application should be referred to him for determination.

Commenting on the update, Andy Carter MP said: "Having raised this matter at Prime Minister’s Questions, I welcome this move by the Secretary of State. I’ve asked Ministers to review the decision taken by the Planning Inspectorate given the level of local concern raised and the fact that this land sits in the Green Belt.

"The size of this development is far greater than others which have been referred to public inquiry and, given the wider impact on local roads and strategic infrastructure, there should be a full inquiry to determine an outcome."