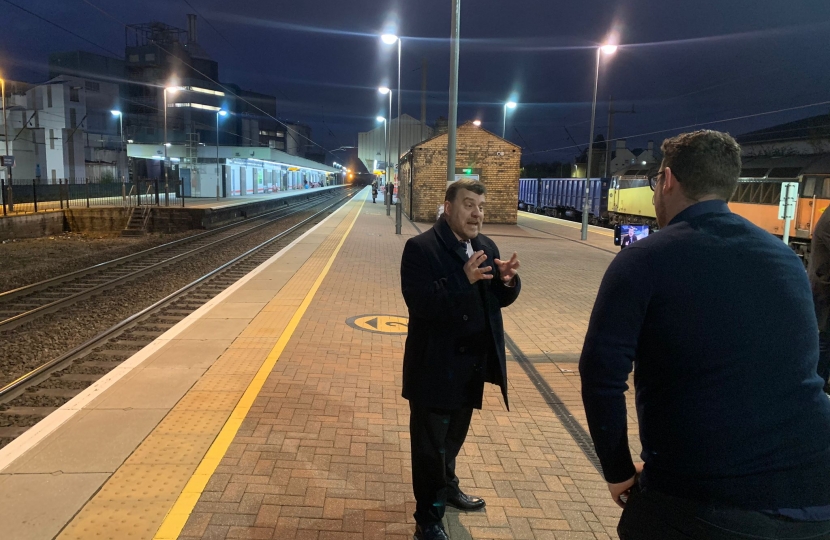 Within the report there are various recommendations for improvements for connections across the country which include ways to reduce rail journey times and increase rail capacity between Scotland and London, the Midlands and North West England by upgrading the West Coast Main Line north of Crewe and reviewing options for alternative northerly connections between HS2 and the West Coast Main Line including a revision to the Golborne Link.

Warrington South MP Andy Carter has been leading the charge in Parliament for the Golborne link to be scrapped, and has welcomed the conclusion in this report that “alternative connections” should be explored.

“…the ‘Golborne Link’ does not resolve all of the identified issues. The suitability of alternative connections between HS2 and the WCML have been considered by the Review. The emerging evidence suggests that an alternative connection to the WCML, for example at some point south of Preston, could offer more benefits and an opportunity to reduce journey times by two to three minutes more than the ‘Golborne Link’. However, more work is required to better understand the case for and against such options.”

The outcome from this report is clear, there are better ways to link the West Coast mainline to HS2, a connection which cuts through Warrington will cost £2b and deliver few benefits, indeed to people living in Warrington it offers no benefits

I’m delighted to see that more options are being explored. I want to see infrastructure investment which will bring real benefits to our town, by improving times or by supporting town centre regeneration. It’s clear that the Golborne link does neither which is why I have pushed so strongly for it to be removed from plans.

I will continue to keep an open dialogue with Ministers and the Department for Transport as more options are explored, and will update residents accordingly.

The government will now carefully consider the Union Connectivity Review’s recommendations in detail, working collaboratively with the Scottish Government, Welsh Government and Northern Ireland Executive to identify the solutions that work best for the people of the UK, and make tangible and meaningful progress as swiftly as possible.

You can read the full report here: www.gov.uk/government/publications/union-connectivity-review-final-report