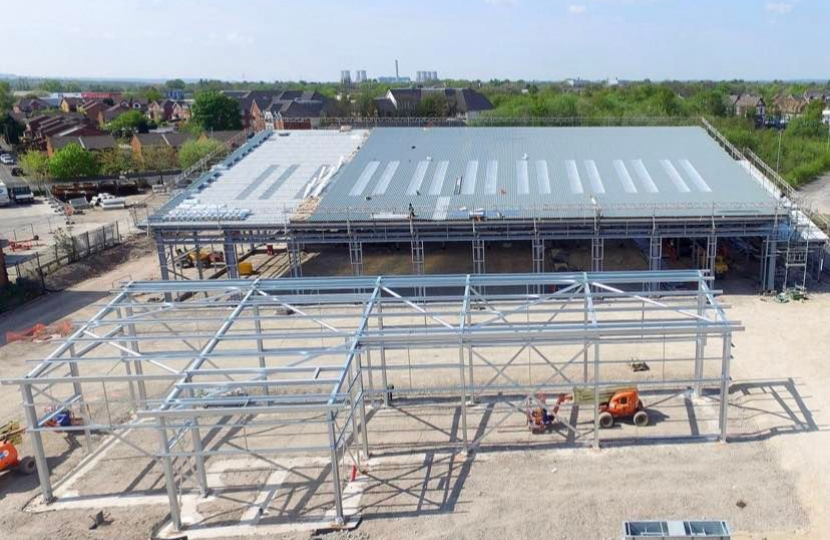 Warrington South MP Andy Carter has welcomed the progress on Warrington's new bus depot, which comes as part of the Government’s £42million investment into zero emission buses in Warrington.

The bus depot is moving from the end of Wilderspool Causeway to a new site near the Halliwell Jones Stadium. With the roof now on, construction is progressing well, meaning the site will soon be welcoming the first of the 120 new electric buses for Warrington, funded by the Department for Transport.

The brownfield site of the existing bus depot is expected to be cleared and used for new affordable housing, close to town centre amenities and local services.

Andy Carter MP said: "It's great to see Warrington's new bus depot really coming together. Seeing the progress that's been made, it won't be long before the place is up and running with our brand new electric buses.

"The Government’s £42million investment in Warrington is one of the largest bus investments in the north of England. Not only will it see the entire fleet replaced with zero emission busses, it also provides £16million for improving running of services, meaning more frequent bus services and more routes covered."