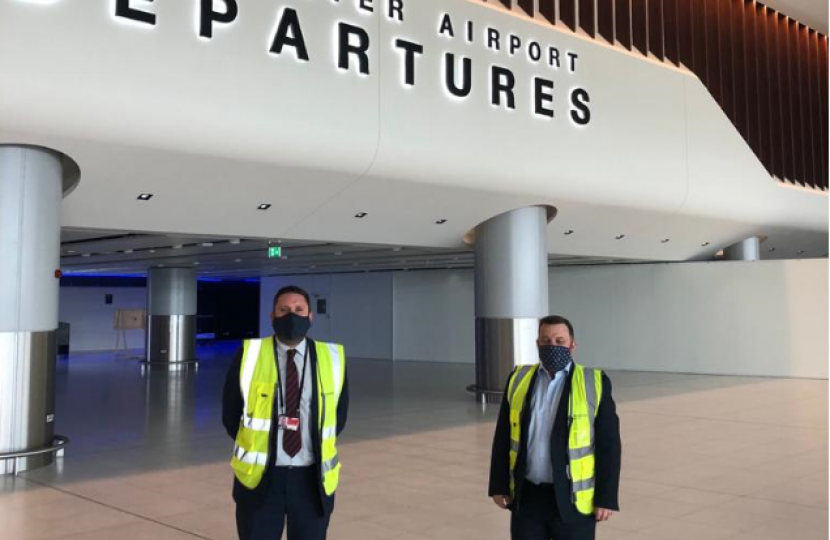 Transport Secretary Grant Shapps has announced that airports across the country are now able to apply for a Government grant worth up to £8 million, helping to protect jobs and the local economy in Warrington South.

The Airport and Ground Operators Support Scheme, which opened on Friday 29 January, will help Manchester, Liverpool and other commercial airports across England to cover losses on costs caused by the covid-19 pandemic, including airfield operations, contracted services such as airfield and runway maintenance, and business rate bills.

Airports and ground handlers can apply to the scheme on GOV.UK, and if successful, should receive their funding by the end of the financial year.

The financial support scheme, which follows the Government’s extension of the Job Retention Scheme, is open for applications until 21 February 2021.

This investment will help support airports following the introduction of international travel restrictions designed to protect public health and prevent the spread of Covid-19 as the Government continues to roll out its world leading vaccination programme.

I'm delighted that Manchester and Liverpool airports will receive up to £8 million each to help protect jobs during these challenging times.

Airports have a huge role to play as we secure trade deals across the World, so we need them to be firing on all cylinders once we have navigated this pandemic and have freight and passengers flying again.

I visited Manchester airport a couple of months ago and saw the amazing work they have done at the new Terminal. Its role as a northern hub airport, its position as the most used airport in the north, and the fact that it is the only airport outside London that has two full-length runways mean that it really does have a critical role for our northern economy, and I take real pride in that facility.

As your MP I want to make sure I am being proactive in hearing about local transport needs for the future. From road to rail I want to hear your thoughts on what more needs to be done to improve transport across Warrington.