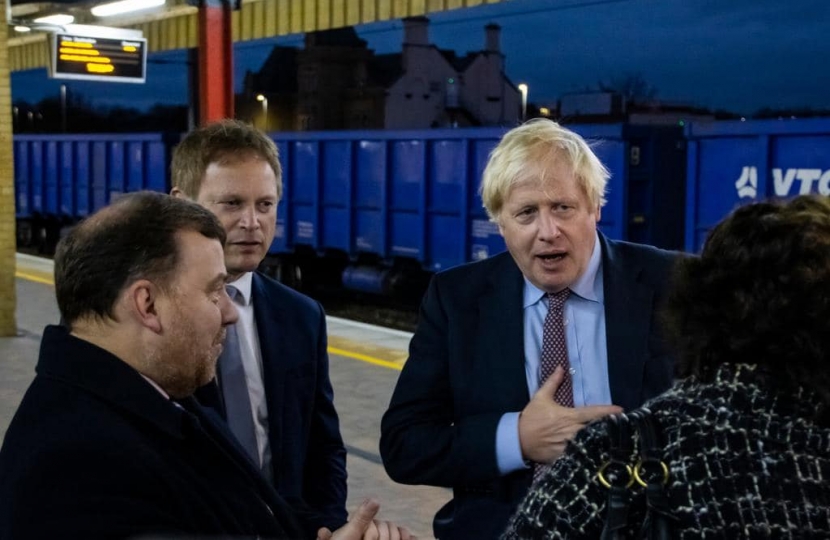 When Boris Johnson touched down at Warrington Bank Quay yesterday afternoon, he was greeted by Warrington South MP Andy Carter and they caught up about electric buses and more.

The Prime Minister's visit comes as the Integral Rail Plan to create a new high-speed train line between Warrington, Manchester and Marsden was announced.

And Mr Carter – speaking to the Warrington Guardian after Mr Johnson departed the station – feels it is exactly what Warrington needs and what has been asked for.

I think it is exactly what constituents in Warrington have asked for, they have asked for improved East West links and we have got a high-speed line that will go from Warrington to Manchester Airport in 10-minutes, that really will make a big difference to people living in Warrington.

The opportunity to create a hub site at Warrington Bank Quay right in the town centre will really play a big role in regenerating the town as well.

This is about helping some of those smaller stations to have greater capacity – one of the problems we have got is that close to Manchester there is a bottleneck and actually if we build this new line, those smaller stations will get the services back so it will make a big difference not just to the high-speed line, but to those services in Sankey or Penketh.

A new high-speed line between Warrington, Manchester and a plan to use the Fiddlers Ferry Line to Liverpool will release capacity on the existing network for commuter trains and freight.

The upgrade work is starting now and the high-speed line could be coming in 2030.