Now is the time to back UK manufacturing, says MP Andy Carter 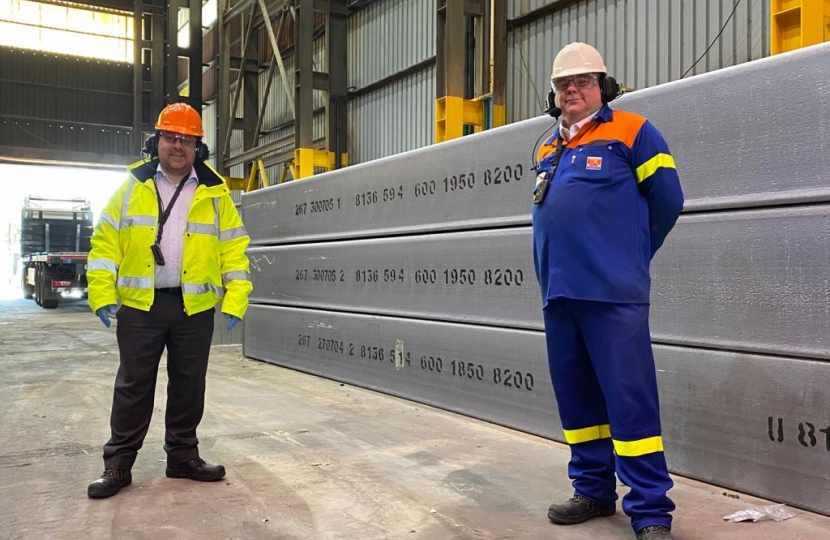 Conservative red-wall MPs have called on the Prime Minister to offer tax breaks for manufacturing as part of plans to deliver on “levelling up” the country.

Before a speech by the prime minister this week, 65 MPs, including the MP for Warrington South Andy Carter have backed a think-tank report that calls on the government to set up a national plan for manufacturing. This should include tax breaks for factories and extra investment in technology in an attempt to expand a sector known for higher wages.

The report found that manufacturing is a real growth sector for parts of the North West, including Warrington, where around 40% of productivity growth comes from manufacturing industries. Wages are also notably strong in this sector, with Warrington 22% above the national average wage premium.

The MP for Warrington South has said we have a real opportunity to support a thriving sector and to create more well paid jobs in the region. Mr Carter said:

The findings in this report by Onward demonstrate the potential that we have in the North West, but also that we can and should be doing more to support businesses with their growth ambitions.

I welcome the recommendations made, we need to create an environment which makes it easier for manufactures to operate and export in. I recently met with some of these businesses, we have some real big hitters in Warrington such as Novelis and Rock Oil and they need the space to grow and take on new people, particularly as we explore new markets post-Brexit.

Projects like Hynet will also boost our manufacturing base in Warrington, and I was pleased to get the backing of the Prime Minister last week for this project during Prime Ministers Questions. Hynet is set to heat our homes with clean energy, and will create thousands of jobs both directly and through the supply chain. The decision by Vauxhall to invest £100m in Ellesmere Port all shows that we are a region of huge manufacturing potential, and as the MP for Warrington South I’m keen to keep the momentum up.

For regions outside London, productivity is a fifth higher in manufacturing than the wider economy, the report said, with about 40 per cent of productivity growth in the West Midlands, Wales and northeast between 1997 and 2017 coming from the sector.

The document also calls for ministers to set out tax incentives for capital investment, take action to reduce electricity costs, and ensure 5G connectivity for factories. Its authors also want to see long-term funding for manufacturing research and development institutions.