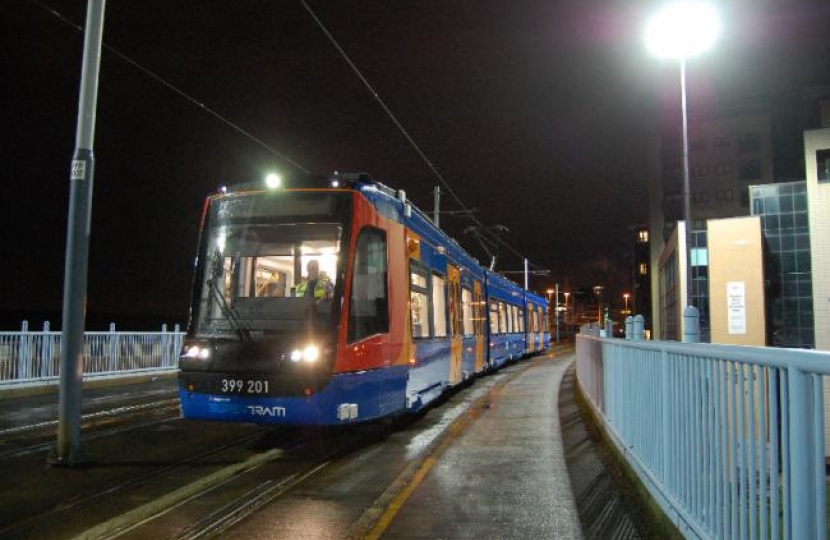 The All Party Parliamentary Light Rail Group (APPLRG) has called upon the Secretary of State for Transport, The Right Hon. Grant Shapps, to instigate a major change in the structure of the Department for Transport (DfT) to give greater and due consideration to the tram and light rail sector.

There is increasing interest in towns and cities 86 +, around the country using trams as a major factor in urban transport networks. Trams can help underpin government policy on decarbonisation and air quality improvement, being energy efficient, carbon neutral, and free from the toxic pollution from both tailpipe and non-exhaust emissions. They have a lower full-life cost than bus-based alternatives and have a proven track record of bringing about significant modal shift from cars.

As well as the expanding major tram systems of cities such as Birmingham, Manchester and Nottingham, a lighter and less costly version £9M-£12M per track Kilometre, Very Light Rail (VLR) is being developed at Coventry. Backed by a new VLR research facility in Dudley, this should bring tram systems within the reach of many of our other towns and cities.

The current allocation of staff resources in DfT for this emerging sector has been absolutely minimal and does not support this new potential industry, APPLRG urges the Secretary of State to set up a fully staffed and funded dedicated unit within the Department to support and promote not only the further of tram and light rail networks but also of the emerging research and manufacturing facilities.

Transport Secretary Grant Shapps has announced that Manchester & Liverpool airports will receive a Government grant of up to £8 million respectively, helping to protect jobs and the local economy.