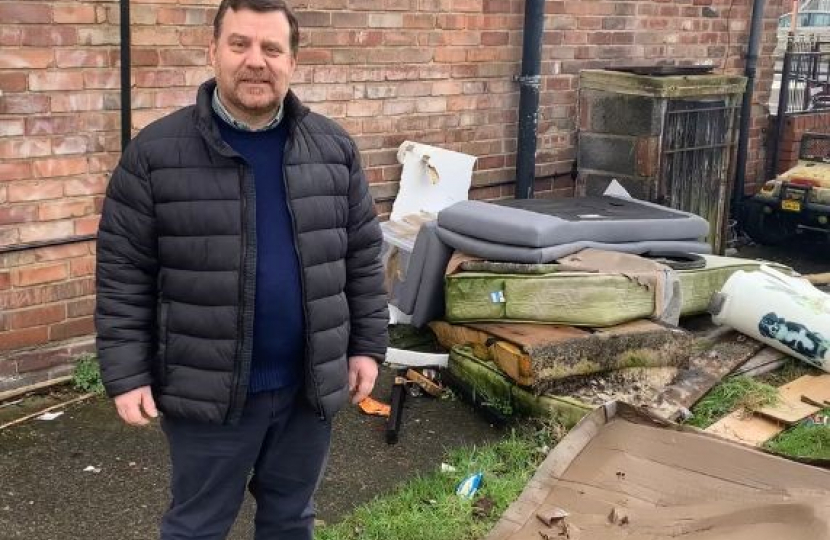 Andy Carter MP has welcomed an additional £35,000 in Government funding to tackle fly-tipping in Warrington. The funding comes as part of a new Government crackdown on fly-tipping, which has increased since the start of the pandemic, and will help Local Authorities trial innovative new projects such as CCTV to target hotspots.

The Government is also set to change the rules that currently allow some Local Authorities to charge for DIY waste removal from households. Under plans laid out in a new consultation (https://www.gov.uk/government/consultations/household-waste-recycling-centres-diy-waste-disposal-charges-and-booking-systems) households will no longer have to pay to get rid of DIY waste including plasterboards, bricks and bath units. The move could save households up to £10 for an individual item.

These new plans build on extra funding given to the Environment Agency to tackle waste crime as well as new powers to stop illegal waste sites posing a risk to the environment, including the ability to lock up sites and force rogue operators to clean up all their waste.

Andy Carter MP said: “Fly-tipping is a crime which blights communities, poses a risk to public health and the environment, and cost Warrington council tax payers £83,000 in 2021-22.

“I’m really pleased to see the Council being awarded an extra £35,000 in Government funding to tackle hotspots in both urban and rural areas with funding for extra CCTV.

“I also want to make sure that recycling and the correct disposal of rubbish is free, accessible and easy for householders. No one should be tempted to fly tip or turn to waste criminals and rogue operators.”

Incidents of fly-tipping in Warrington can be reported here: https://www.warrington.gov.uk/flytipping