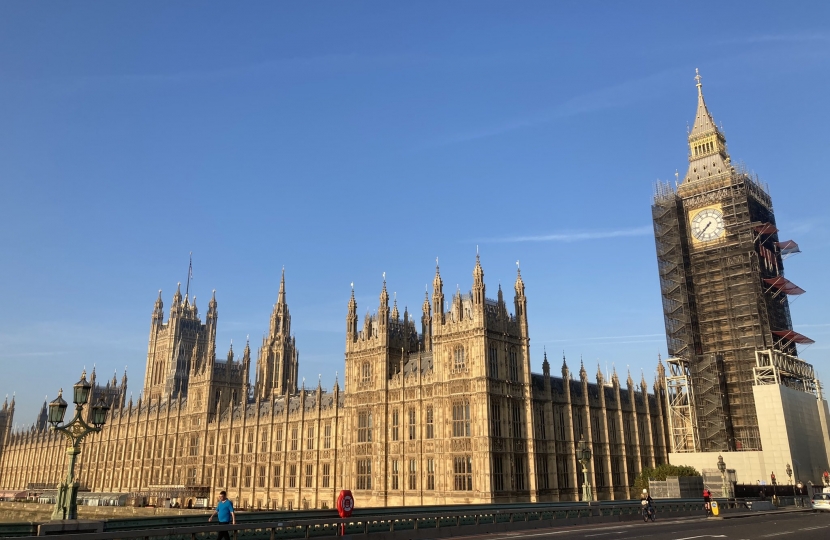 I remember at school, after the summer holidays, one of the topics we would asked to write about was what we did during the summer. Well I’m on the train back to Westminster, starting a new parliamentary term and thought I’d reflect on a few of the things I did over recess across Warrington South.   It’s been great to see so many of the previously cancelled events back on, catching up with residents face to face and meeting with businesses, schools and charity groups who’ve continued to provide support across the pandemic. This Summer was a great time to get feedback on the doorstep and I’ve taken the time to speak to people about their views on everything, from better education for young people to more investment in our local sports centres and funding a new hospital for Warrington, for which I’m glad a business case submission has now been sent to the Government for consideration.

Early on during recess I met with the duty watch at Lymm Fire Station, as well as tackling fires and undertaking rescues, have also played a massive role in helping during the pandemic, not least volunteering as vaccinators and turning their fire station into a vaccine hub.  Talking with our local PCSOs when I’ve been out in villages conducting advice surgeries, you realise the vast workload that our police are undertaking and I can’t thank them enough for the fantastic job they’ve done, particularly as the festival season returned with both Creamfields and Neighbourhood Weekender putting pressure on their teams.

So many businesses I’ve spoken to me have talked about their plans for growth and their immediate intentions to hire more staff, confidence is returning and companies are investing in skills and innovation.  Meeting work coaches at Warrington job centre, hearing the work they’re doing to help young people onto Kickstart and Apprentice schemes gave me confidence that we’re well placed to capitalise on the economic recovery in the coming months.

I am continuing to focus my attention on preventing a re-occurrence of the dreadful flooding we saw earlier this year in Dallam, Bewsey, Sankey Bridges and parts of Lymm and last week I was able to welcome Minister Rebecca Pow MP to Warrington to show her first-hand the issues that residents have been facing. Visiting Dallam, we met with officials from the Environment Agency who have been tasked with developing a project to install additional flood defences along the Sankey Brook and Dallam Brook which were overtopped in January, protecting around 1,000 homes. The Flood Defence scheme, which will cost in excess of £20million, follows significant infrastructure investment in Latchford along the banks of the Mersey.  I will continue to make the case for more whilst also ensuring we have clear lines of responsibilities for those managing drains, gullies, brooks and rivers.

Another area which matters greatly to people in Warrington is protecting the green belt. This week the Council published its revised Local Plan after years of delay, detailing where homes will be built and what transport infrastructure and community facilities we need for the future. I spoke to SSE who own the Fiddlers Ferry site this morning and their early plans contain a mixture of housing, employment space and potential for a school and other community facilities as well as lots of space returned to nature. I’ve also heard from residents elsewhere in Warrington that they want to see a greater mix of independent shops and facilities not just global takeaways and supermarkets.   The Council are conducting a consultation in the coming weeks and it’s vital everyone in Warrington comments on the plan, it’s about our town’s future.

Finally, the Prime Minister this week set out our efforts to support veterans of the conflict in Afghanistan, as well as ensuring continued safe passage for those who wish to leave and haven’t yet done so. Veterans who served in Afghanistan fulfilled the first duty of the British armed forces – to keep our people safe – and we need to do right by them now that the conflict is over.  I’m pleased the Government has announced a further £5 million for military charities offering support – building on the £10 million for military charities announced at this year’s budget. We also need to ensure no veteran’s request for help goes unanswered and I know Warrington Hospital and community providers are working hard to support vetrans wherever there is need.