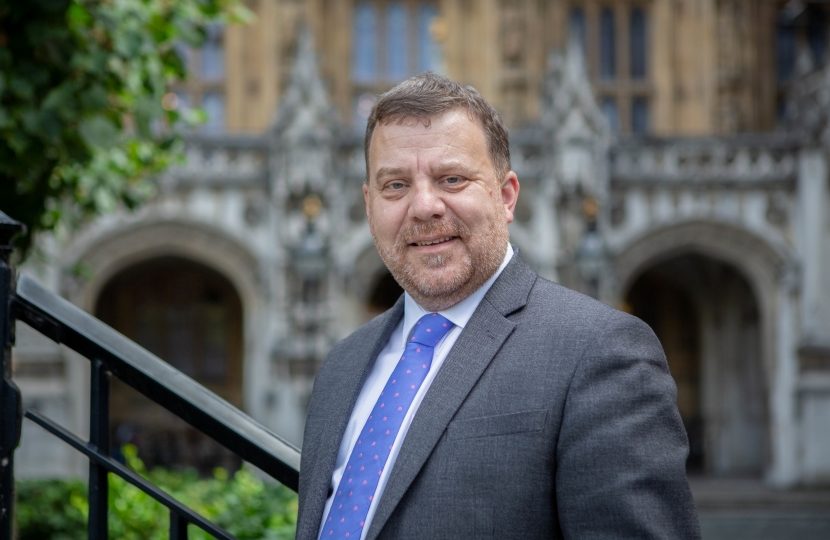 Voting to support another national lockdown isn’t a decision any MP takes likely, as a libertarian this is the last thing that I wanted to do, but unfortunately the situation in Warrington, with rising hospitalisations, particularly amongst the over-60s and increasing hospital occupancy meant the decision was necessary.

I am under no illusions however about how difficult this will be, both for families who can’t see loved ones and for businesses and employees which have had to endure unimaginable challenges already this year. To support people and businesses at this critical time, I will continue to press for further assistance from Government, particularly for those parts of the economy most impacted such as leisure, travel & aviation and hospitality. The extension of the furlough until March will support thousands across Warrington, but I know that Freelance and small business owners who were unable to use this system will still need assistance.

The slightly more positive news to come this week is that we are making huge strides in vaccine development and mass testing. The Pfizer vaccine has achieved a 90% prevention rate and has been tested on 43,500 people in six countries with no safety concerns being raised. The briefing from the PM earlier this week explained the plan to apply for emergency approval to use the vaccine by the end of the month, and we have the infrastructure geared up to produce around 30 million of them.

Community asymptomatic testing will also be launched in Warrington this week following a roll out in Liverpool, with a batch of 10,000 antigen lateral flow devices being sent to the local public health teams to enable them to start testing priority groups across the town. Please do look out for a mass testing programme near you soon and if you receive an invitation to be tested do take it up. The importance of mass testing to help stop the spread of this disease cannot be underestimated, and this is a big step forward.

You may have seen reported that the Secretary of State refused to grant planning permission for the development of a National Distribution Centre on the Green Belt near Appleton Thorn last week. This follows a protracted period where the Council first turned the application down, it was then appealed and at the same time the applicant made a similar planning application, which was then approved by the Labour Council that had turned the earlier one down. I wrote to and met with the Secretary of State expressing my concerns when I became the MP for Warrington South. Following an inquiry, the Planning Inspector found there were no special circumstances to grant permission to build in the green belt, something local people and the Parish Councils had argued throughout the process. I am very pleased to see that the Planning Inspector and Secretary of State agreed that it should not be allowed to proceed. Once we lose the green belt it’s gone for ever and spending just a few minutes driving around the trading estates in Appleton Thorn there is no shortage of empty units which can be used to create jobs. I promised during the election to fight to prioritise brownfield regeneration, this is a victory for common sense and a great community effort. Thank you to everyone who made representations.

One statistic that shocked me this week was the number of assaults on police officers, which continues to rise. The Police Federation in Cheshire which represents rank and file PCs told me that 625 Officers in the County had been attacked doing their job in the last 12 months.  I raised this in a debate in the House of Commons last week and am in support of increasing the sentences for anyone who attacks an emergency worker from 12 months to 2 years in prison. Seeing harrowing bodycam footage showing a young female police Sergeant running to help someone who was in great distress, being attacked by a mindless yob, leaves me in no doubt that we must stand with the police and all those who work to keep us safe, to keep them safe.

If my team or I can assist you in anyway please do not hesitate to contact me via andy.carter.mp@parliament.uk. For the latest coronavirus guidance and updates, you can also visit my website at www.andycarter.org.uk/coronavirus.

Transport Secretary Grant Shapps has announced that Manchester & Liverpool airports will receive a Government grant of up to £8 million respectively, helping to protect jobs and the local economy.