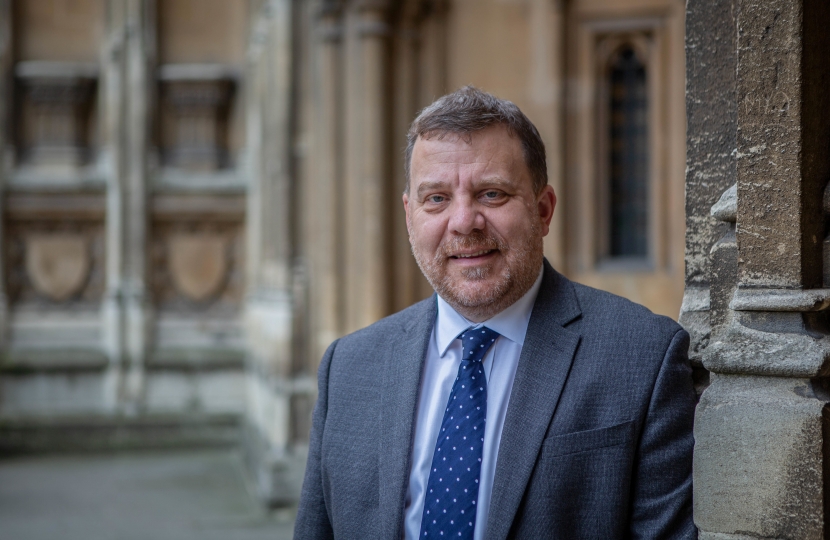 Monday was the 73rd anniversary of the birth of the NHS, when  healthcare became free at the point of delivery based on need, not ability to pay, for everyone across the UK.  So it was particularly apt that on Monday I was asked by the Prime Minister to present a national award to Dr Tripta Joshi who is a former paediatrician at Warrington hospital, to recognise her volunteering efforts, supporting staff and patients at Warrington Hospital.  Earlier in the year I visited the Guru Nanak Gudwara to meet members of Warrington’s Sikh community who produced thousands of hot meals for staff at the hospital, it was Dr Joshi that co-ordinated this incredible effort.  She has also rallied the community to produce PPE for care homes as well as working to raise funds to provide healthy food parcels as a “thank you” to local key workers for their continued efforts. It was a tremendous honour to present her with a Points of Light Award, I couldn’t think of a more deserving person to receive it.

On Monday we also heard from the Prime Minister about the Government’s plans, subject to a review of the final data next Monday, lift many of the restrictions we’ve lived under for many months.  We know that cases are likely to continue to rise in the coming weeks and sadly there will be more deaths from Covid-19.  However, the reason we can contemplate going ahead to Step 4 is because of the continuing effectiveness of the vaccine roll-out. When The Prime Minister paused Step 4 a few weeks ago, he gave two reasons: First, we wanted to get more jabs into people’s arms – and we have, with over 45 million adults now having received a first dose and 33 million a second. That is a higher proportion of the adult population than any European country except Malta, and our expectation remains that by 19 July every adult will have had the chance to receive a first dose and two thirds will have received their second dose. Second, we wanted a bit more time to see the evidence that our vaccines have helped to break the link between disease and death. As the days have gone by, it has grown increasingly clear that these vaccines are indeed successful, with the majority of those admitted to hospital unvaccinated, and with the data highlighting the greatly reduced mortality that the vaccines have achieved.

Having reached the point where we need to review the restrictions we need to balance the risk of the disease that the vaccines have reduced and the risks of continuing with legally enforced restrictions that inevitably take their toll on people’s lives and livelihoods, and on people’s physical and mental health.   I agree with the Prime Minister, that if we cannot reopen our society in the next few weeks, when we will be helped by the arrival of summer and by the school holidays, then when will we be able to return to normal?

Covid cases have risen in Warrington in the last few weeks. Importantly though hospitalisations and deaths are not following as we saw earlier in the pandemic, in fact nobody was in Warrington ICU with Covid-19 at the end of last week.  At the same time around 2/3rds of adults in the town have had both vaccinations and 84% have had at least one jab.  Restrictions look set to be lifted on July 19th and personal responsibility will become increasingly important.  We must of course continue to monitor the data and retain contingency measures to help manage the virus during higher risk periods, such as winter but I’m pleased we are preparing an autumn programme of booster vaccines for the most vulnerable so that the term lockdown can be taken out of our daily vocabulary.

One area that I have campaigned on in recent weeks is to achieve some progress on increasing contact for families with loved ones in care homes. The measures that have been in place since the start of the pandemic have rightly been rigorous to try and minimise further spread.  They have though had a terrible impact on loneliness, both of those in care homes and often on husbands or wives who’ve been unable to see their partner. I was therefore very pleased that the Prime Minister announced on Monday that there would be no legal limit on the number of named visitors that could enter a care home. This is a step in the right direction, we need to be able to reunite people back with their families and allow them to provide the emotional support desperately needed.

Finally, one of the highlights of last week was visiting children at Penketh South Primary School to talk about how laws are made in parliament and what we can all do to reduce the impact of climate change.  One of the requests I had from year 6 was to mention them in Parliament – I hope they saw their moment of fame in Prime Ministers Questions earlier this week!