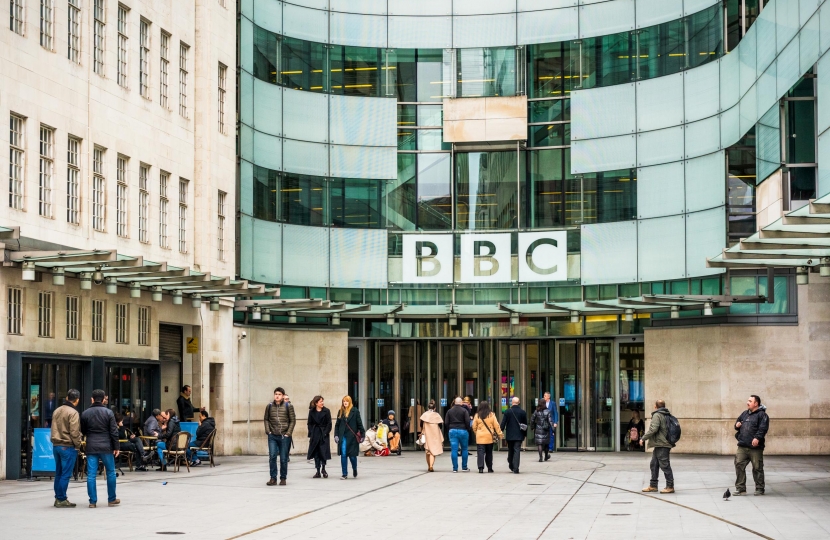 Dear Dame Melanie, I am writing to you as Chair of the All-Party Parliamentary Group for Media regarding Ofcom’s responsibility to act on behalf of licence fee payers, by holding the BBC to account for the way in which it fulfils its mission and purposes, as set out in its Royal Charter.

We are concerned about the negative impact to communities of cuts by the BBC to local news reporting. Overall, for BBC England, it’s proposed that £25million in cuts to local news will see 450 jobs lost. If there is one thing that sits at the heart of the BBC’s public purpose, it’s serving regional audiences. Making cuts to regional TV and local radio - the PSB they should be really shouting about is incomprehensible. We are particularly disappointed to see proposals which include regional content for the North West being made in Yorkshire as their 11 editions of Inside Out are cut to 6.

Local newspapers and commercial tv and radio are under incredible pressure from the reduction in local advertising - we need our publicly funded broadcaster to play their role now more than ever in delivering reliable journalism routed in the regions. In the BBCs annual report of 2019, the public broadcast operator admitted that regional news was becoming more and more popular and that; “it is critical in reflecting local and regional voices and connecting communities, and ensuring we are truly representing the voices of our audiences.”

Indeed, regional TV news is watched at least once a day by four fifths of adults and about half listen to local radio or read a free newspaper at least weekly. Each of these platforms play a complementary role in providing relevant news and information and enables people to keep in touch with their local community. And as Ofcom’s most recent annual report of the BBC stated; “The BBC should better reflect the whole of the UK with authentic news and current affairs content that feels relevant and engaging to all audiences. Our research suggests that audiences want to see more news about their communities, reported by people with a deeper understanding of the area.”

I understand that the regional media sector is facing significant economic pressures especially during this time, but what message is it sending if budgets are slashed and programmes are removed. It is recognised by many that the BBC could deliver significant value to the sector through partnerships with a range of local and regional media organisations, both commercial and not-for-profit.

In light of this, we would ask Ofcom to give an urgent response to the BBC’s announcement on cuts to local and regional news and current affairs programmes, before any irreparable step is taken by the Corporation. In particular we want to know whether you consider that the BBC is acting in accordance with its mission and purpose, in light of your own comments, and the most recent Ofcom report on the BBC. Furthermore, we would ask that no action is taken by the BBC to implement these cuts until it can demonstrate to the satisfaction of Ofcom that it has conducted detailed audience research to determine whether or not their policy is supported by viewers and listeners.

We look forward to receiving your response to the points raised in this letter.

Chair of the APPG for Media

Member of Parliament for Warrington South