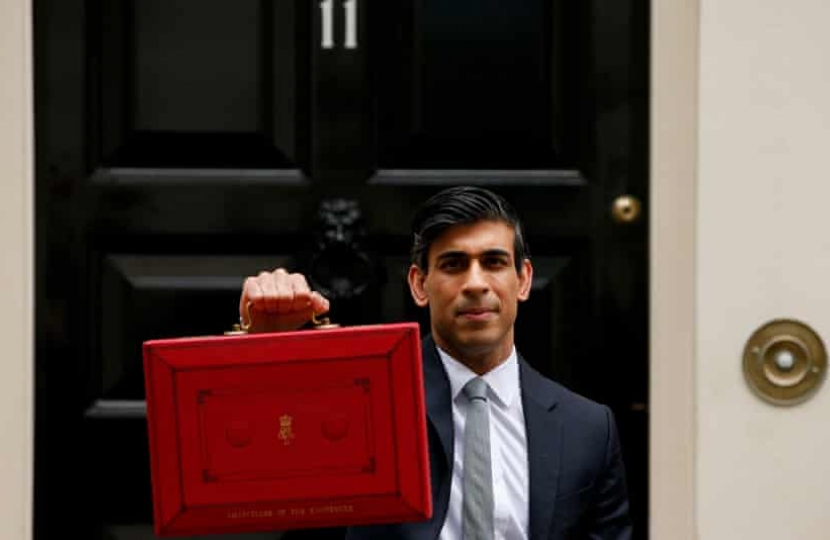 Andy Carter MP has welcomed the Spring Budget which provides billions of pounds to support businesses and families through the pandemic, delivers on the Conservatives’ promises it has made to the British people and invests in the UK’s future economy.

On Wednesday, the Government set out an ambitious plan that focuses on supporting people and businesses through this moment of crisis – well beyond the end of the roadmap – to ensure they have the security and stability they need.

At the heart of the Budget are measures to build our future economy, levelling up across all regions of the United Kingdom and spreading opportunity everywhere.

As part of the Government’s commitments to fund the nation’s priorities, the Budget confirmed:

Today’s Budget provides businesses and families in Warrington South with the support and reassurance they need to get through the pandemic.

With £407 billion of support for families, jobs and businesses, it is right that the Chancellor is honest with the British people about our public finances.

I’m very pleased to see new measures in place to help first time buyers, with the extension of zero stamp duty until the end of June and a new  95% mortgages will also be available with many high streets banks to help young people in Warrington to get on the property ladder, ensuring we don’t have a generation of renters.

At the same time, I was elected on a commitment to level up communities like ours, and I am pleased that this Conservative Government is now making good on that promise – by building our future economy and investing in every corner of the United Kingdom with Warrington benefiting from the High Potential Opportunities Programme, promoting support in high tech funding to attract inward investment into the North West.  Most importantly, small businesses, the backbone of our local economy are also supported with a number of additional extensions to the business grant and the “help to grown scheme” to aid digital investment.

Finally I’m very pleased to see £5.2 billion Flood and Coastal Defence programme kickstarts in April. Including schemes in Warrington, which will better protect homes from flooding.

Throughout this pandemic, my top priority has been to protect jobs, businesses and livelihoods. Today’s Budget reaffirms this commitment, with £407 billion to support the British people this year and next as one of the largest, most comprehensive and sustained responses this country has ever seen.

It is thanks to successive Conservative governments that we have been able to respond to this crisis as boldly as we have. But we need to be honest about the challenges facing our public finances, and how we will begin to fix them.

As we look ahead, this Budget lays the foundations of our future economy – driving up productivity, creating green jobs, supporting small businesses, and levelling up across the entire United Kingdom.

This week, Warrington along with the rest of the country moved, as planned, to the next stage of the roadmap out of lockdown.