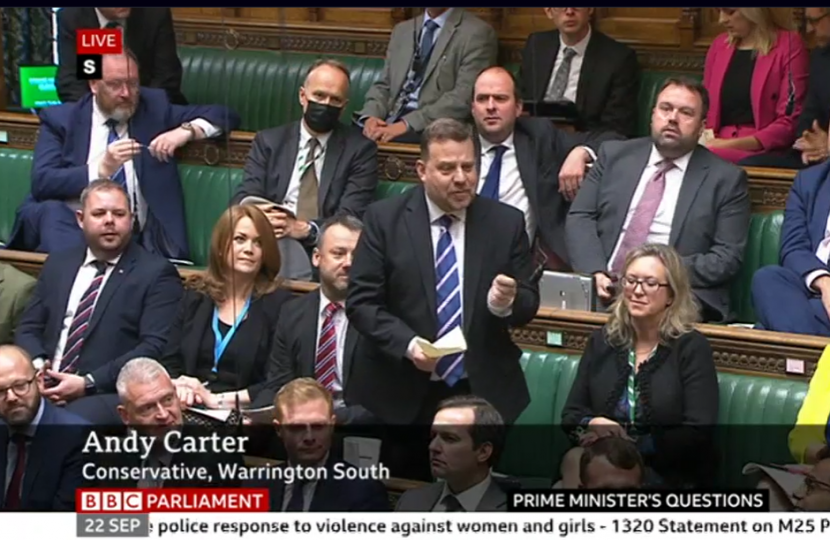 The MP emphasised that the town has seen significant growth in population and despite the number of doctors, nurses and healthcare assistants working at the hospital increasing over the last 12 months, the building, parts of which are well over 100 years old needs to be replaced as it’s not suitable or fit for purpose.

In a call for the Government to back the bid, Mr Carter said:

Warrington is one of the fastest growing towns in the North of England, but our hospital is creaking at the seams.

Over the last year the hospital have done a fantastic job recruiting 240 new nurses, almost 120 healthcare assistants and more than 100 new doctors – but we need more ward space. Capacity is stretched on the current site, there isn’t sufficient parking and we know that the current Hospital will not be able to cope with future demand.

I’m very pleased a bid has now been submitted by the Hospital Trust to Government, and I have called on the Prime Minister and the Health Secretary Sajid Javid to do the right thing and back the bid that has been submitted by the NHS Trust. There has been some great collaboration in forming this bid and I’d like to thank all those that have been involved in making very strong argument.

Dominic Rabb, the Deputy Prime Minister confirmed that a decision would be made on the hospital bid by the Spring of 2022. The bid, developed over the last 18 months, proposes that the existing Halton site is comprehensively redeveloped as a hospital and wellbeing campus and a new Warrington Hospital is built either on the site of the existing hospital or in another easily accessible location.

Residents can take part in a survey on the hospitals future  – the chances of the bid being successful would be greatly improved if the Trust can prove the residents of Warrington and Halton approve and support the plans.