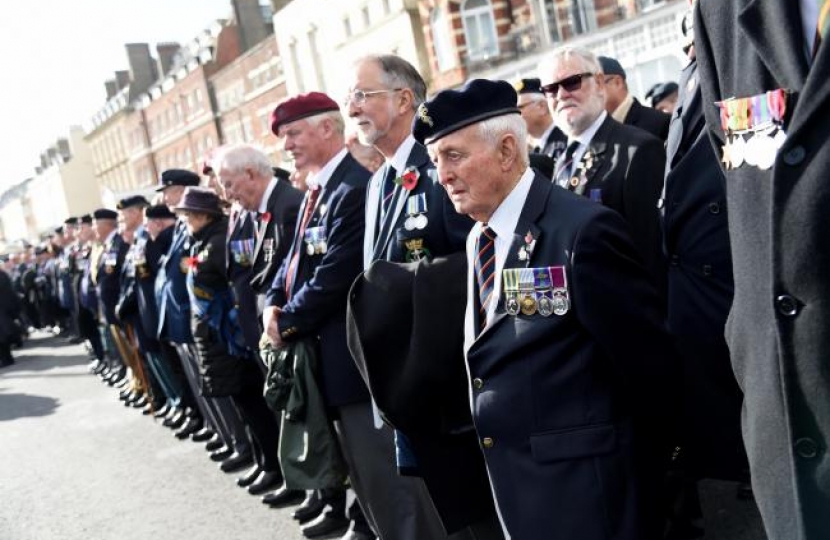 The Ministry of Defence is providing £10 million a year to be distributed by the Armed Forces Covenant Fund Trust in the form of grants for programmes that support the armed forces community.

For 2020-21, the Armed Forces Covenant Fund Trust will have a further £10 million to specifically deliver charitable projects and initiatives including those across Warrington which support veterans with mental health needs.

Projects that have received funding in the past range from the building of new nurseries in civilian areas that also have a high density of Armed Forces families, to military-themed community activities that increase understanding between the Armed Forces community and the civilian community.

With one-year grants available of up to £20,000, local MP Andy Carter is encouraging organisations to apply, he said:

During these difficult times and beyond I want to make sure local residents in the armed forces, including those still serving, veterans, and their families, get the support and services they need.

Military charities like Warrington Armed Forces Community Support Group do a fantastic job in supporting this community and I want to ensure they, and other charities like them, are able to get their fair share of the Government’s annual £10 million Forces Covenant Fund. The fund provides grants to charities doing invaluable work with serving and former armed forces personnel.

I’m writing to every military charity and organisation in Warrington South offering to meet with them to discuss the Armed Forces Covenant Fund, to see if it’s an opportunity that’s relevant to them and if I can support them in potentially accessing additional funding. I would also love to hear from other residents, for example people involved with veteran’s groups, with any ideas they might have.

To be eligible to apply, your organisation must be one of the following.

How do you apply?

There is a single stage application process for organisations applying to this programme published on Covenant Fund Trust at https://covenantfund.org.uk/your-application/

This programme will remain open until noon on 30 November 2020.

If you applied to Round 1, you can expect to receive a decision in the week commencing 16 November 2020.

To be considered in Round 2, you’ll need to have your application to us by noon on Monday 30 November 2020 and can expect to receive a decision before the end of February 2021.