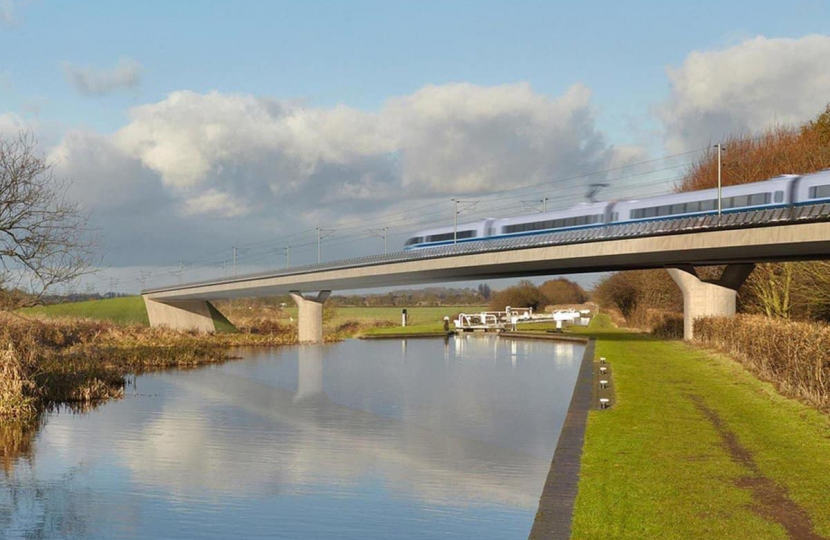 Warrington South MP Andy Carter has welcomed the Government's announcement that the controversial 'Golborne Link', the proposed connection from the HS2 network to the West Coast Main Line just south of Wigan, is to be dropped from the High Speed Rail (Crewe - Manchester) Bill.

Sir Peter Hendy's independent Union Connectivity Review stated that the Golborne Link does not resolve all the current constraints between Crewe and Preston and recommended that the UK Government review alternative options.

In a letter to MPs, the Minister of State for Transport confirmed that the Government will introduce an amendment to remove the Golborne Link from the Bill while taking the time to consider the most effective way to find the right balance between delivering the benefits, improving journey times, controlling costs and understanding the deliverability of alternatives.

Andy Carter MP said: "This is movement in the right direction. Since before being elected I’ve campaigned to have the Golborne Spur removed from the HS2 plan so the announcement that Government will table their own amendment is really good news, it demonstrates Government are listening.

"I know it has been difficult for people living along the route of the Spur and the sooner we can lift all safeguarding the better so that families can get on with their lives.

"Better links through Warrington Town Centre, with a new high speed route east to west needed along with improved bus services, that’s my priority in line with the wishes of local people."