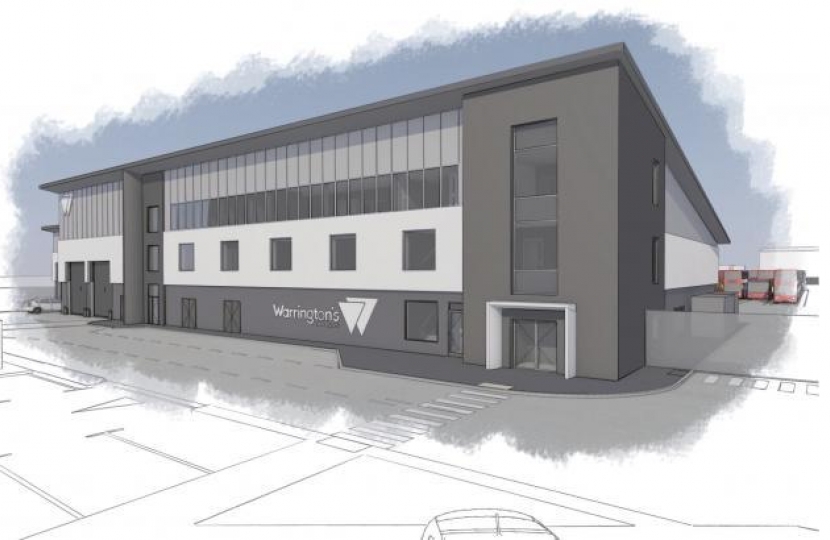 Andy Carter has hailed the announcement that Warrington South will benefit from £5,225,000 of investment, under the Government’s Getting Building Fund.

The £900 million fund, which was announced by Prime Minister Boris Johnson in June as part of the Conservative Government’s New Deal for Britain – an ambitious economic strategy to rebuild Britain after coronavirus, by putting skills and infrastructure investment at the heart of our economic recovery.

More than 300 projects, which have been determined as ‘shovel-ready, have been allocated a share of the fund. In total, the investment is expected to deliver up to 45,000 homes, create up to 85,000 jobs and reduce around 65 million kilograms of carbon dioxide emissions across England.

In Warrington, the fund will be used to build a new all Electric Bus Fleet Depot in the town centre. The new depot, on land owned by the Council has already received planning permission and will involve the relocation of Warrington's Own Buses Depot from its current site to a purpose-built new depot. This is complementary to the recently submitted All Electric Bus Town Expression of Interest which seeks funding towards the extra over costs of making this depot suitable for an all-electric bus fleet powered by electricity generated by the Council's investments in Solar Farms.

This is absolutely fantastic news for Warrington, the new electric bus depot will be massive boost for our local transport connectivity, and I’m pleased to see that the old site will be used for much-needed affordable homes in the town.

As one of the most successful towns in the UK for economic development, investment, employment rates and growth, we have a resilient local economy here in Warrington and I’m keen to bring more investment in, particularly around the regeneration of the town centre.

This funding provides a real opportunity to make a significant difference, and alongside our proposals for the first all-electric bus fleet, we can make journeys greener and the natural choice for residents living in the town.

My call now is on the Government to compliment this funding for the depot and award Warrington as the country’s first all-electric bus Town, putting us on the map as a major local transport hub which will make our communities stronger and more connected than ever.