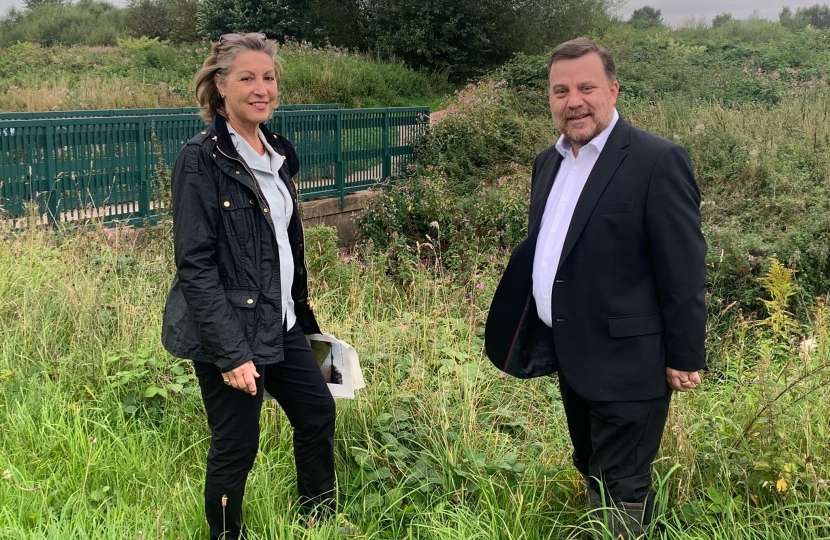 The Government's Flooding Minister has accepted an invitation from Warrington South MP Andy Carter to see first-hand several parts of Warrington where homes were devastated by flooding following storm Chrisoph in January 2021.

Rebecca Pow MP, Environment Minister, visited areas of Dallam and Bewsey before chairing a round table event with representatives from Warrington Borough Council, the Environment Agency and United Utilities as well as others from within the River Mersey catchment area.

Ms Pow met with officials from the Environment Agency who have been tasked with installing additional flood defences along the Sankey Brook and Dallam Brook which were overtopped in January, protecting around 1,000 homes.

The Flood Defence scheme, which will cost in excess of £20million, follows significant infrastructure investment in Latchford along the banks of the Mersey which were designed to protect homes following devastating floods in the 2000s.

This work is urgent but It’s also critical that we get the defences right, work that has been undertaken previously isn’t high enough and that means further investment is needed.  Bringing the Minister to Warrington today to show her the challenges that local residents have faced should help to cement in her mind why this work is critical.

Sadly, too many residents are still not able to return to their homes and very understandably some are too scared to return, I’ve seen first-hand how awful flooding is, destroying homes and possessions, we cannot have a repeat of what happened earlier this year.

The investment we have already seen in defences along the Mersey is paying off, but we also need to see urgent action to protect other areas such as Sankey Bridges too, I also want to ensure there is clear lines of responsibilities for managing flooding, we can’t have a situation where local people are unclear on whose job it is to manage gullies, streams and sewers.

It was a really informative & collaborative Mersey flooding roundtable in Warrington; thank you to all involved and to Andy Carter for organising.

It’s clear that partnership work and a catchment approach will be key to flood resilience as we prepare for the future.

The round table was an opportunity for Project Managers to provide an update on plans for work across Warrington.